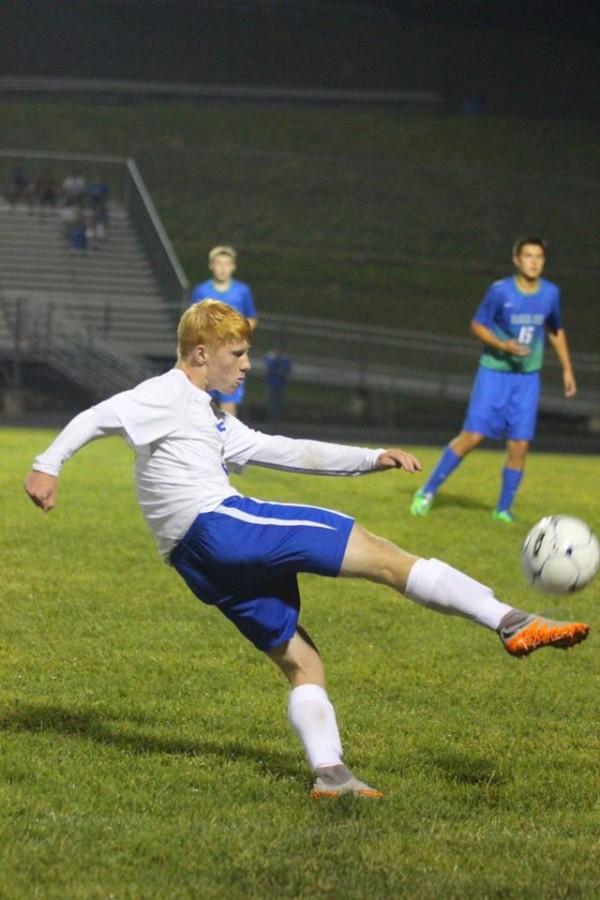 Both girls' and boys' teams captured first round Sectional wins in post-season play. Pictured is Cody White advancing the ball in an early season game against RCB.

Riley Gunter, senior, had a hat-trick to pace the Minutemen.

They will face Buckhannon (@ BU) October 21.

Senior Brooklyn Perkey had the lone goal for the Maids which puts them in the sectional finals.