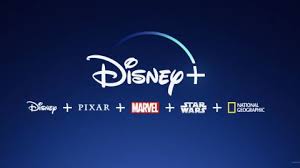 Photo Courtesy of Disney Plus

Disney+ is a streaming site much like Netflix and Hulu plus.  It features all the original Disney movies, television series, plus some “surprising” extras like all the Marvel and Star Wars movies.

Vincent Snuffer says that he did not expect it to be as great of a streaming site than it is.

Here are some new things to check out: