Manchin’s Works to Improve Broadband Access in LC and WV 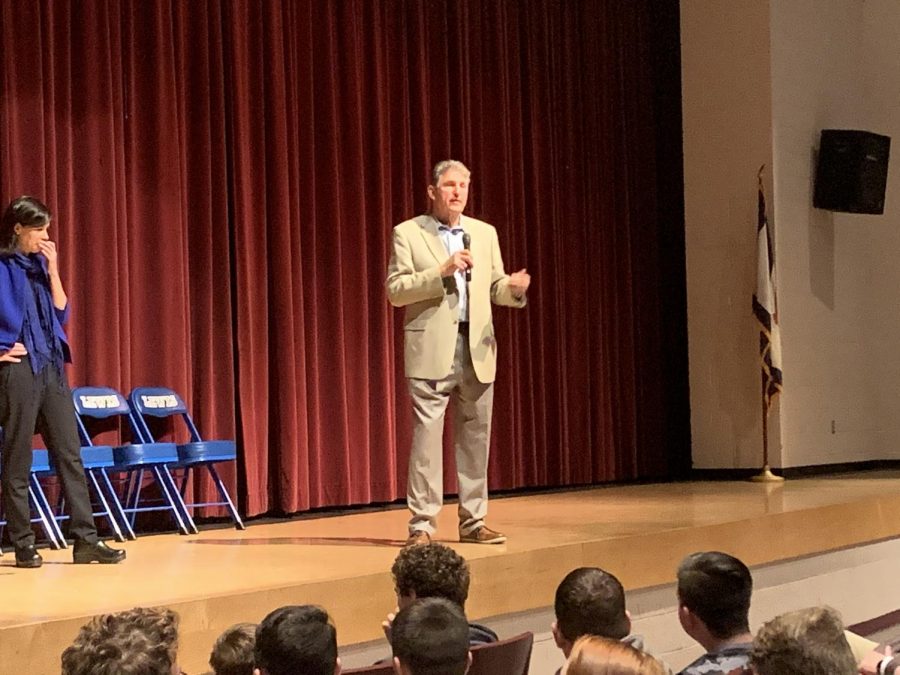 Closing the digital divide and increasing access to high-speed broadband service in Senator Joe Manchin’s home state of WV is a a top priority.

Manchin’s press release stated that this is among the senator’s top priorities.

As part of this effort, Manchin toured central WV, with a community and school visit at Lewis County High School last week.

He spoke to students and community members encouraging them to take speed tests and to submit the results to his office.  He said doing this step will help establish corrected coverage maps and prove that WV does not have sufficient broadband access.

In his speech, Sen. Manchin said the digital divide in WV hurts business and education by compromising their ability to compete globally.

“Delivering on the promise of universal service in the Mountain State will require accurate broadband coverage maps, effectively managed federal broadband deployment grant programs and dedicated funding for the truly high cost areas that are most expensive to serve,” the press release stated.

Manchin worked on this effort for many years, dating back to 2015 when he toured the state with then-FCC Chairman Tom Wheeler.  He showed him why the maps stating WV had service were wrong.

Manchin said he is still trying to correct the maps that state WV has almost full broadband service.

Manchin said as a present member of the US Senate’s Appropriations Committee member, he was able to secure $600 million for the ReConnect Program in the Fiscal Year 2018 and another $550 million for 2019. The press released said that Manchin stays in contact with US Department of Agriculture Secretary Sonny Perdue to ensure this program is successful and that WV is in the best position possible to receive funding.

He supports bipartisan legislation that aims to expand broadband access to WV.