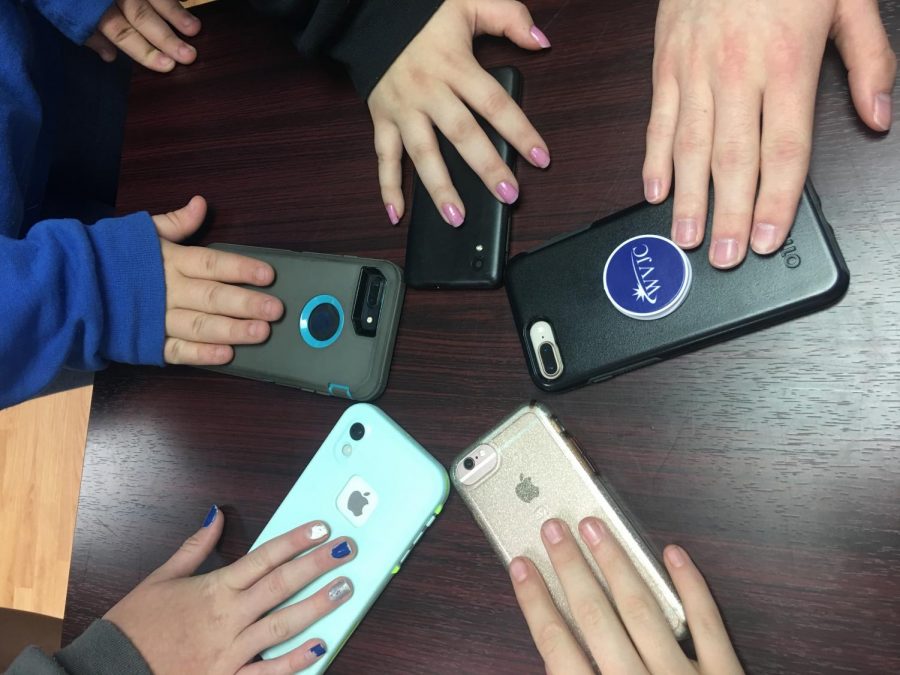 No more phones: LCHS Students are without cell phones during academic time.

Students and faculty members find themselves on opposite ends of a new school policy.

The new policy states that students may not carry phones or any electronic device to class.

Most students miss their phone privileges.

“We should be able to carry them but just hand them to the teacher in the beginning of class and get them at the end,” Linda Riddle, sophomore, said.

“I think the policy is too strong.  I should be able to use my phone between classes and whenever all my work is finished,” Joe Derico, junior, said.

“If a kid decides to not listen or pay attention, that is his or choice. Their choice will impact their grade,” Taylor Boggs, junior, said.

“I love it! My students are more engaged with me and their peers. They are even talking to each other!’’ Mrs. Samantha Rogers, science teacher, said.

Students said they would like to have their phones in case of an emergency.

“I don’t agree with the policy because someone could have an emergency,” Virginia Eagle, sophomore, said.

Administrators said in the case of an emergency they prefer students to receive emergent news from a trusted school official.  Students counter that they sometimes prefer to receive news privately without others knowing.

Some teachers said phones were not a problem.

“Never had a problem in my class, I didn’t mind it,’’ MSgt. Bill Linger said.

“I used my phone to take notes and take pictures for vocabulary, but now I can’t, ” Taylor Weese, sophomore, said.

Elizabeth Jewell, senior, said she doesn’t mind the policy, but it does comprise her in her college classes.

“In biology, I would have really struggled last year without having access to my phone for due dates and notes,” Jewell said.

Teachers said the policy covers Smartwatches, but it is more difficult to enforce the policy with watches because of their size.

Teachers noted that students were allowed to use phones if it were part of the curriculum or if students needed it to help with project, such as research or using apps.  They are also permitted to use phone cameras in classes, like Channel 3, where it is being used for academic purposes.