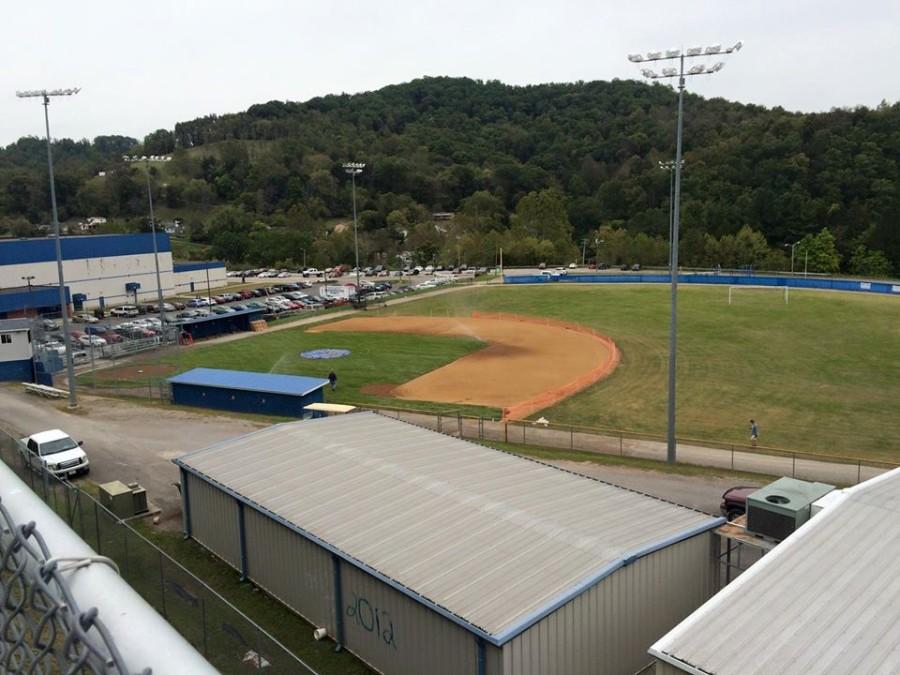 Sept.25: The final touches are put on the newly renovated LCHS Baseball Field.

Several major renovations have taken place during the off-season to the LCHS Baseball Complex.

Most visible was the complete overhaul of the infield playing surface.

The field was graded and sodded with the addition of grass baselines.

The pitching mound was also re-built during this time.

LCHS Coaches worked in conjunction with the LC BOE, LCHS Administrators and the Baseball Booster Organization.  The Boosters appealed to community members for help accomplishing the renovations.

More than two dozen volunteers helped with the project which started in July with most of the work happening September 20-26.

Last year, the playing surface, coupled with unseasonably a wet baseball season, seriously limited practice and play on the field.  Those who worked on the project hope the renovations will help resolve these issues.

The fieldwork was done in early fall to allow the optimal time for the sod to root.