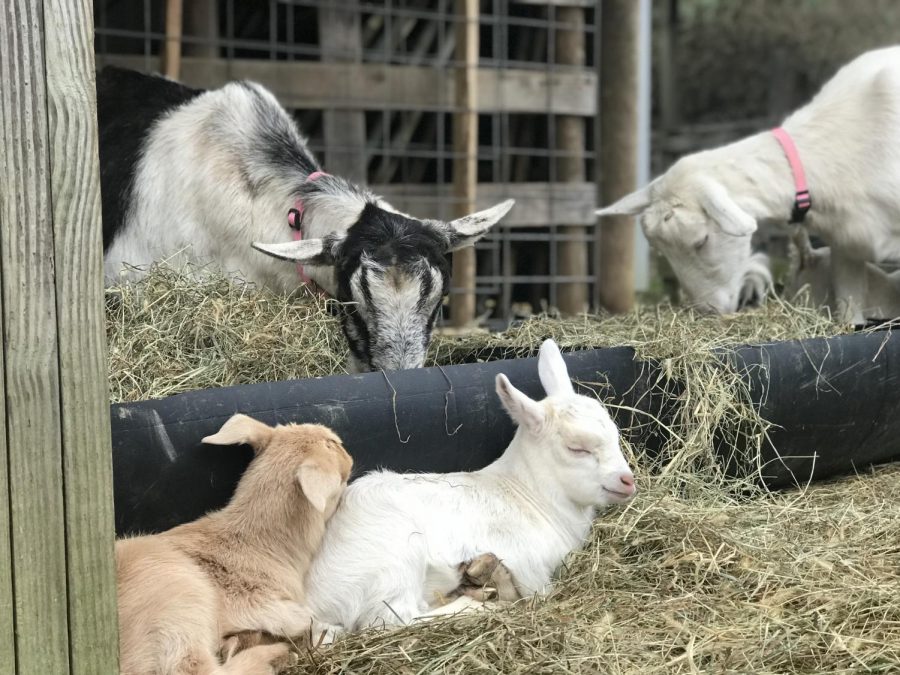 Ivy and Karma are the newest members of the LCHS Family.

After a few weeks, the members of Minuteman Farms will begin milking Karma. The milk that is collected will be measured, frozen and kept until needed for a batch of soap or lotion.

Brycen Greenlief and Kobe Duncan work in the Production Management area. The two have not only taught their co-workers the process of lotion making, they have also done demonstrations at Jane Lew Elementary.

Last school year, Zoe Davis and Faith Messenger worked in the Production Management area. The girls did the majority of soap and lotion making by theirselves; they were asked to attend the WV State Fair in August and the Jackson’s Mill Jubilee in September.

All of the proceeds made from the sells in put back into Minuteman Farms to pay for the goat expenses.

They are still awaiting the arrival of Ivy’s babies.