Students Bring Holiday Cheer to Many 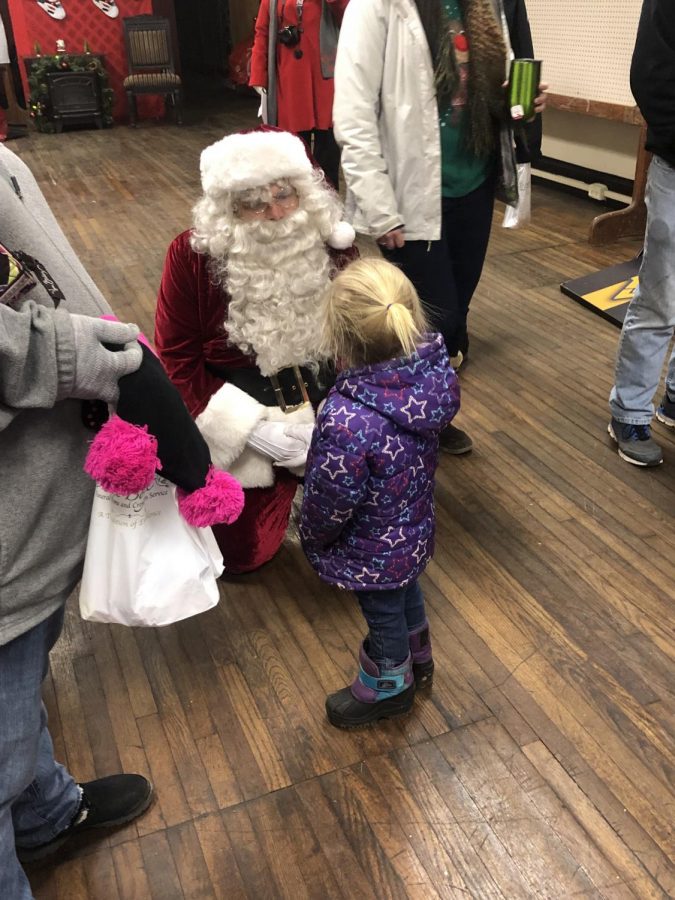 At the high school, many groups, clubs and other miscellaneous students have been collecting and donating to give back to the community. Between conducting fundraisers, purchasing gifts for the Salvation Army Angel trees and bell ringing and buying items for Operation Christmas Child.

Here is an overview of events:

FFA held its annual fruit sale; the club sold more than 500 boxes within the school and community. The club also adopted two children off the Angel Tree.

JROTC collected canned food throughout the school. The donations will go to Our Neighbor. This is an annual event which annually produces thousands of items.

Interact members served as Santa’s helpers for students being treated to a luncheon sponsored by the Weston Rotary Club.  The event was conducted at St. Paul’s Episcopal Church and featured a pizza lunch and a holiday gift.

Teachers of Tomorrow began a competition between 2nd periods. The top collecting class will be rewarded with a pizza party.

FBLA took a field trip to the Meadowbrook Mall. They had to complete a scavenger hunt to find the best deals. Students had to find certain items sold in a specific store and other interesting findings.

Travel WV took a field trip to Charleston. They visited the Governor’s Mansion.

Choir and Band conducted their holiday concert December 11. In addition to the concert, members also participated in a number of community events including caroling and being the feature band at the Weston and Jane Lew Christmas Parades.

The LCHS ‘Maids decorated a cabin at Jackson’s Mill Conference Center.  The theme of their cabin was a “Cartoon Christmas.” The cabins were all decorated for the annual Light Up Night.