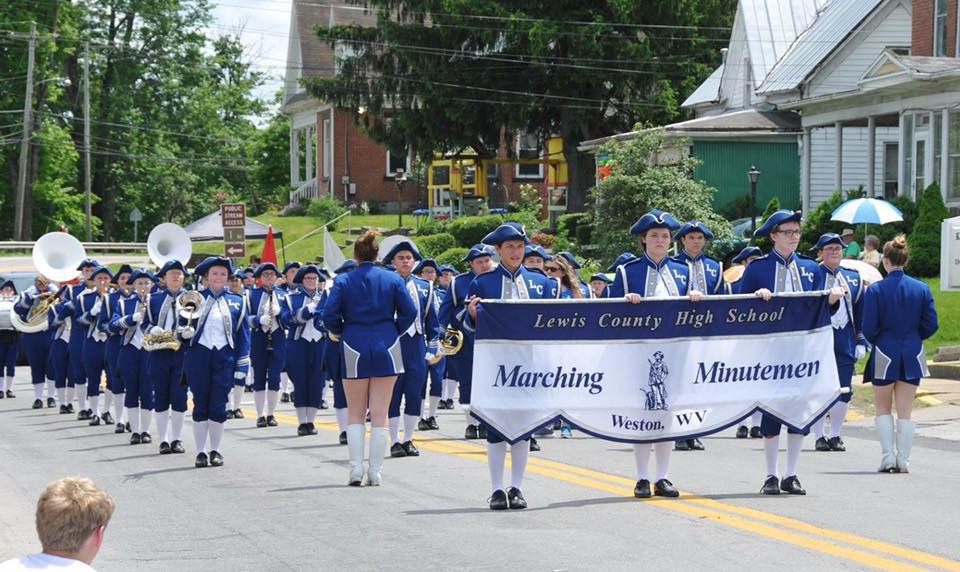 LCHS Band members finish the year strong with a first-place finish at the WV Strawberry Festival in Buckhannon May 20.

After weeks, if not months, of preparation, the LCHS Marching Minuteman Band captured first place at the coveted WV Strawberry Festival Parade.

Band members have been practicing during school and after school two-three times per week. With the alternating schedule, members have been marching throughout the parking lots and up and down the back entrance hill in an effort to perfect marching.

Many band members said one of the highlights was the unveiling of the new drumline.  The band recently acquired new drums which were used by the drumline for the first public appearance in the parade.

The band is under the direction of Mr. Allen Heath.  Heath is finishing his second year at LCHS, but he brings years of LCHS experience with him as he served as a substitute in addition as a band camp adviser for many years.  He also was the band director at Braxton County High School.  While attending West Virginia University, he served as a three-time drum major.

Dozens of congratulatory messages poured in on the band’s social media sites.  Many former students and band directors posted messages of pride and congratulations.

The band’s final two performances will be at graduation and the Weston’s Annual Memorial Day parade.

The band will resume for its new season with band camp during the summer.