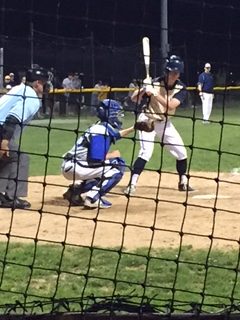 Drew Kuhn behind the plate against East Fairmont.

The Minutemen baseball team had an overall season record of 2-19, winning against Preston and South Harrison. The team finished above Preston in conference.

The team was lead by Seniors Dylan Gump and Zach Fikes.

Players said the team was a “relatively young” team with many players being underclassmen.  Players added that the team improved as the season progressed.  They opened up against BU and were ten-runned; however, in Sectional play, the team lost by one run and four in the games.